I arrived in Cambodia on Tuesday 28th January and leave on the 11th February. Until the middle of the first week of February I am serving in and around Phnom Penh then I travel by coach to Siam Reap to serve there with some colleagues.

My first few days have been days when I have seen the beauty and the depth of this land. My first lodgings (I have since moved to the next ones) were just on the corner of Tuol Sleng, the notorious prison of the Paul Pot years where thousands and thousands of people were imprisoned. Most were sent from there to the Killing Fields where they were executed. Yesterday I visited both Tuol Sleng and the Killing Fields and was deeply moved by both. The people of this land have endured much.

They have been occupied, brutalised and butchered, yet they carry a gentle, loving and gracious spirit that is deeply moving. Yet you know there is a deep wound in this land. A wound caused by decades of pain and loss. You cannot meet anyone whose family have not been affected by the history of Cambodia over the last thirty years. Whole generations gone. What for? Some for being able to read, others because they wore glasses. Others because they went to school. Needless, meaningless and indescribable. The pain this nation has had to endure is such that no nation should have to endure it.

There is only one word for what the people here have endured – a holocaust. Conservative estimates put the deaths over the Paul Pot years at between 2 and 3 million people. I met a man today whose 6 brothers and sisters, mother and father and entire family were butchered. He survived alone. Yesterday I spoke with someone whose relatives were killed in front of them. Next week I will meet someone who was taken to the Killing Fields, hit on the the back of the head with a hoe and thrown into a mass grave, presumed dead. Other bodies were thrown on top of him, then DDT was poured over all the bodies to mask the stench. It ate its way through the bodies too – but did not reach this man. He crawled through the blood and the remains of others and now lives to tell the story of the God who rescued him. The man I met today is training and releasing many people to extend God’s Kingdom.

We do not want to beg.

At the Killing Fields, as I left, there was a sign which read, ‘We are Cambodians! We do not want to beg, we want to work!’ There is a resolve about the spirit of these people – a determination. They do not want to stay locked in the past. They want to look forward. The people are blighted at the same time with a deep, deep sadness. How could they not be? A whole nation’s psyche has been crushed. But if you look closley you see flickers of hope. Tiny hints that suggest the people jere do not want to stay victims.

It may take another twenty years, but I believe the sign outside the Killing Fields. I choose to believe that the people I have met are the future of this nation. Cambodia has fine Christian leaders who are working tirelessly to raise up a generation of people who can go further than they have. Perhaps the men and women of today are still too closely connected to the Pol Pot years? Perhaps they will not be the ones to lead Cambodia’s church into its full inheritance – but they are working to raise up a generation who will. I see passion, faith and hope in the people here. I spent time today with young leaders and pastors who have a passion for the Kingdom and want to see Cambodia changed. I listened to them pray and cry out to God for their nation, for their family and for their villages. I saw them weep for those who have gone and cry out for those yet to be. I see faith in their eyes for a brighter future – one where justice and equity and fairness are once again hallmarks of this nation. 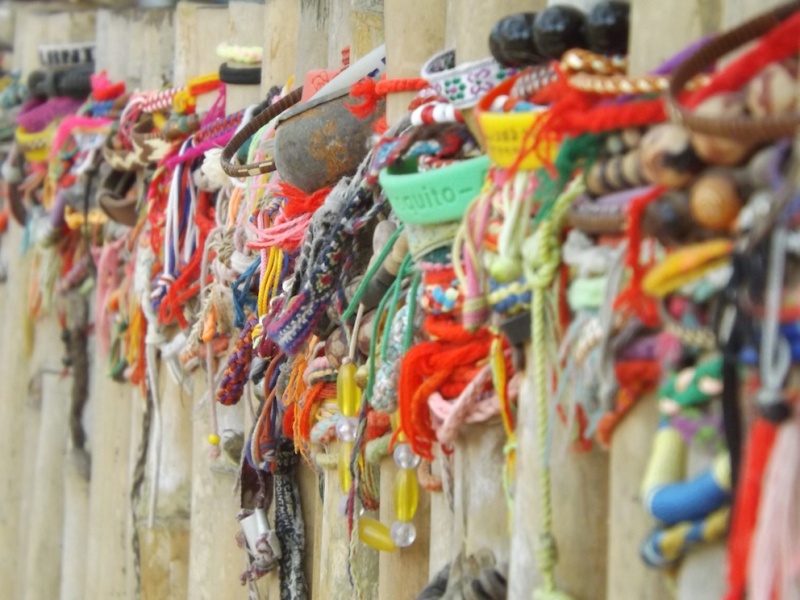 At the Killing Fields, there are thousands of brightly coloured bands tied around bamboo fences which mark mass graves. They have been left by people as memories – markers of a loved one who mattered. The flutter defiantly in the wind, their colours glinting in the sun. They hang on the ‘Killing Tree’, a terrible spot where infants were lifted by the feet and had their heads bashed against the trunk of a gnarled tree, then their remains tossed into an open mass grave. Each brightly coloured band screams at those who visit – we will not forget them. Paul Pot could not destroy the bands of family. He could not destroy the love that existed and still exists between those who love one another. The bands that now flutter in the wind declare to a watching world that the lives of those who died mattered – the lives of those who died matter. This country has 300 such killing fields – and each is marked by great sadness, but they are also marked by what I describe here as ‘Bands of hope’.

There are other bands of hope too – men and women, children and young people who love Christ and love Cambodia. They are bright, beautiful bands of people who declare defiantly to the world that God has a plan for this nation. He will turn the tide of sadness and once again laughter will fill homes, cities and this country.

I am honoured to be here and serve them. I pray that I can continue to do so.

This site uses Akismet to reduce spam. Learn how your comment data is processed.